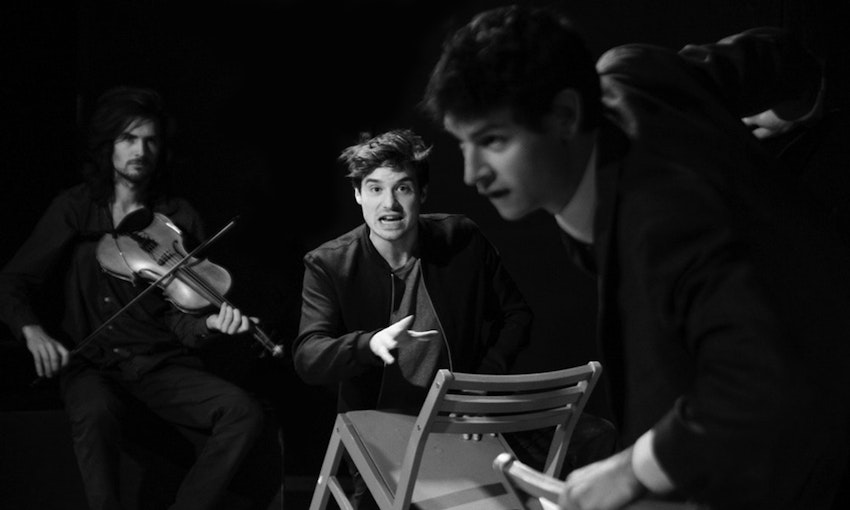 Obsessed by a book, Alex follows in the footsteps of its author. But is Alex also being followed?

High-paced and absurdly comic: two actors and a live musician create a world of characters and places in a chase around the globe and across the century.

'Akin to the young Tom Stoppard' (The Times)

'Turning the meta-theatrical cleverness up to 11' (Timeout)

Critically acclaimed Gigolo is a thrilling story of a runaway Indian boy who worked as a background...

The race to space is on! Space Dogs is a dark and physical retelling of the first dogs in space. The...