A pilot crashes in the Arctic. Two men in lounge suits are eating snow cones in a cheap Vegas motel room.

A pilot crashes in the Arctic. A polar bear kills its cub. Two men in lounge suits are eating snow cones in a cheap Vegas motel room. Doppelgangster's Cold War is a thrilling, hypnotic, phantasmagoric spectacle set at the dusk of the climate crisis.

We asked Doppelgangster’s Tobias Manderson-Galvin and Dr. Tom Payne some questions to help you understand their show! Here are their answers: 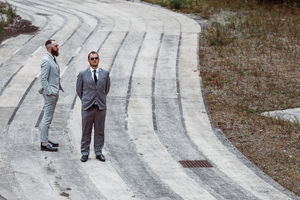 How did you come up with the idea of your show? What are the origins and what is something that inspired you to create this show?

Tobias Manderson-Galvin: You know that polar bear, that's on every poster about climate change ever?

Tom Payne: And every article about climate change ever?

TMG: That polar bear slid into our DMs one day; and said "hey fellas, I'd be really interested in being in a show, call me."

TP: And obviously we said no. That's an appalling and dangerous concept.

TMG: That more than likely seen as cruelty to animals.

TP: And also, who calls anyone these days? Why don't we just send you a fax?

TMG: Don't actually send us a fax. I'm not sure if sarcasm scans in a text based interview.

TMG: Spoiler: we also wanted to buy an ice machine and be able to claim it as a business expense.

TP: So we're thinking about climate, about consumption, about the building conflict around the Arctic; as the ice caps melt. As hidden oil reserves are revealed.

TMG: And the price of that ice machine was very reasonable when you look at it with tax in mind. 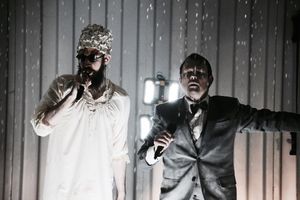 How did you guys meet and start a show together?

TMG: We had appeared in one another's dreams for some years, with increasing frequency, and strangeness of situation. Then it was June 2015. We both happened to be sitting enjoying a pleasant summer's evening in the library of an enormous Victorian manor in the mid-Wales countryside.

TP: I was collating a series of antique books that drew together the bizarre connection between Rudyard Kipling and the emergence of the Hitler Youth.

TMG: I had accidentally locked myself inside a large cupboard full of costumes, and was beginning to cry out for assistance.

TP: At first I mistook Tobias' voice for that of a ghost.

TMG: I should probably have said something other than 'Wooooooo. WooooooooOOOOooooo!'

TP: I was certain it was a ghost, and thought to open the cupboard doors with a boldness that belied my predictable horror.

TMG: I am still not sure that I'm not a ghost.

TP: As he tumbled from the cupboard and my horror subsided by degrees...

TMG: He was at this point repeatedly shouting 'The Hindenburg was an inside job!'

TP: I noticed that two identical VHS copies of the 1996 Hollywood tear-jerker 'TITANIC' had fallen forth with the man-who-was-in-fact-not-a-ghost.

TMG: At Tom's insistence - and after some rummaging about the manor for VHS players - we both began to watch both the TITANIC videos, at the same time, on seperate televisions.

TMG: We knew we were onto something.

TP: So that's how we met and how we began making our first show 'Doppelgangster's TITANIC'.

TMG: And you can hear more about it and what happened next by...

How long have you been performing together?

TP: Long enough to have had shows cancelled for being 'too dangerous to perform'; to have been hospitalised with severe concussion due to a particularly graphic rehearsal; and to have snuck into a private meeting with the French Minister for Agriculture while pretending to be his aide de camp.

Three reasons to come to your show?

1/ A creeping sense of inevitability.

3/ We don't sell our t-shirts online. 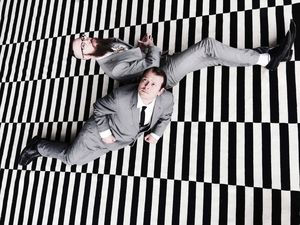 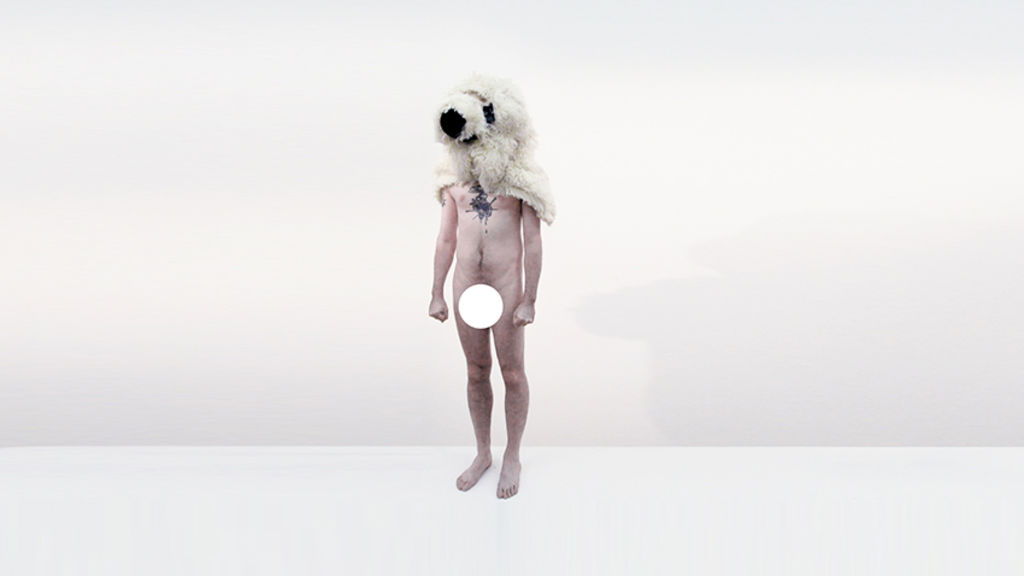