A Tribute to Jim Haynes

Thousands of people from all around the world heard the sad news of Jim Haynes’ passing on January 6th 2021.

A dear personal friend of Prague Fringe Director Steve Gove and long-time supporter of the festival, Jim Haynes was named ‘the godfather of social networking’ by The Guardian and was recently called ‘the man who invited the world over for dinner’ by BBC News.

Jim was one of the key figures of the underground cultural scene of the 60s and lived his whole life with the spirit of the era. Jim’s initial principle was to be accessible to everyone and to be open to everything. As he never locked the door of his Paris apartment, thousands walked into his home and he always enjoyed saying thanks for coming to every single person arriving or leaving. It didn’t matter to him if it was a big rock star or the postman, he would become equally happy to meet them.

Jim had one main aim in life: to introduce everyone around him to each other as he believed that the world would become a better place if more people could meet.

Meeting Jim, a documentary produced in cooperation with BBC Scotland and Zweitausendeins, is opening its doors for the whole world to watch, as a tribute to Jim Haynes and everything he stood for his whole life.

For audiences based in the UK
Meeting Jim will be re-broadcast on BBC Scotland (and simultaneously on Freeview/YouView, Freesat, Sky, Virgin Media and BBC iPlayer) under the title Meet Jim, Citizen of the World at 21:00 (GMT) on March 6th 2021, on the day that marks two months since Jim Haynes’ passing. After the broadcast, the film will be available to watch for free on BBC’s VOD platform BBC iPlayer for a limited period of time.

Everyone is invited to the tribute screenings of Meeting Jim, which Neil Young from The Hollywood Reporter described as “a documentary as genial, accessible and likeable as its subject”. 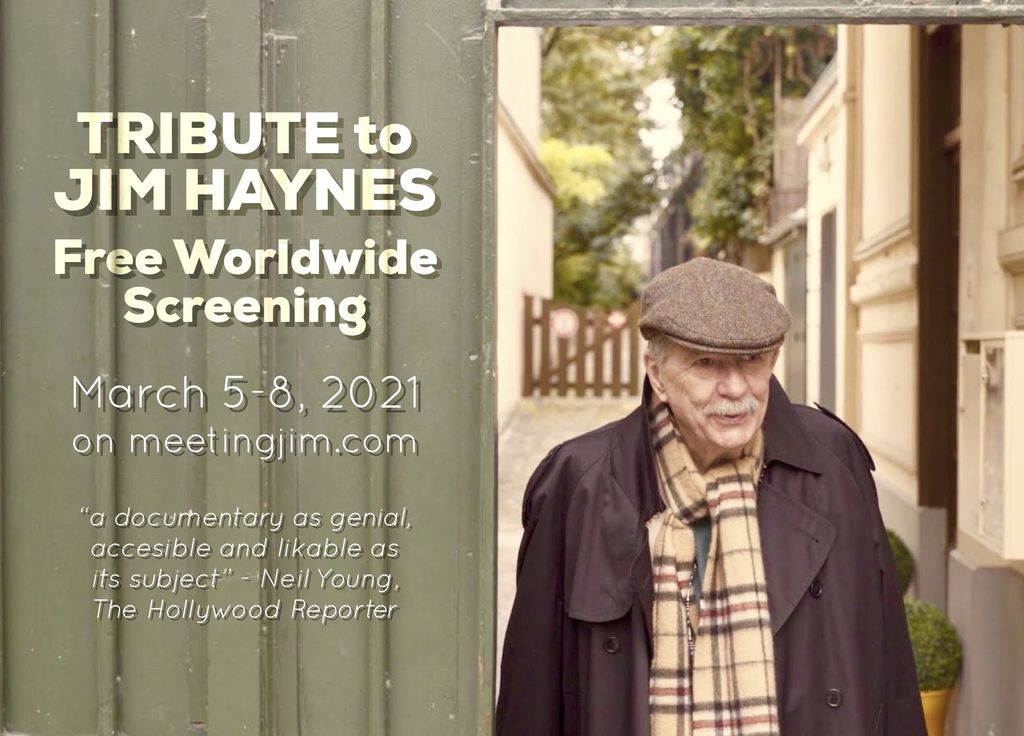